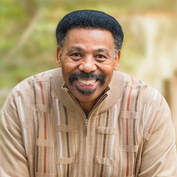 Kingdom Disciples with Tony Evans
​There is a missing force in Christianity today. Its absence has led to weak believers, disintegrating families, ineffective churches, and a decaying culture. Without it we lack what we need to fully live as heaven’s representatives on earth.

That missing force is discipleship. The result is powerless Christians attending powerless churches, having a powerless presence in the world. The power, authority, abundance, victory, and impact God has promised will come about only when we understand and align ourselves with His definition of discipleship.

LifeGroups are designed for community and spiritual growth. The smaller, more intimate setting helps foster connection with others in the congregation and development of life-long friendships. This community can help you grow in your faith. Through monthly meetings of study and fellowship, LifeGroups help you grow toward maturity in your Christian walk.

We currently have 19 LifeGroups across the Houma/Thibodaux region. Click the link below to find the right LifeGroup for you.
LifeGroup Leaders

What is a LifeGroup?
Living Word LifeGroups are small, home-based Bible studies that meet monthly. At these small groups, you share fellowship and study God's word.

Why Join?
LifeGroups help build relationships, build your spiritual gifts, and allows you to receive ministry, care and support.

How Can I Join?
Fill out the contact form above and submit your information. We will give you a call or email about finding the right group for you.

When do they Meet?
Each LifeGroup meets on a monthly basis, but different groups meet on different nights. Once you sign up for a LifeGroup, your leader will call you with the time, date and address of the next meeting.

Who can Sign Up?
Everyone! LifeGroups are for everyone ... whether you're married or single or in your 20s or 70s. Different groups are filled with different types of people. Try out a group and see where you fit.